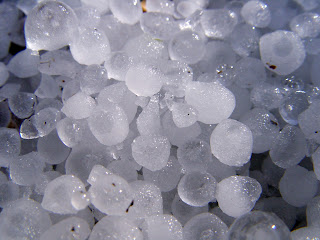 What does it take to move from doubt to faith?

The other day, I again read the familiar story of Moses facing off Pharaoh. Moses told the Pharaoh of Egypt what the Lord commanded, “Let My people go!” Exodus 8-11

The Children of Israel lived in the land of Goshen, part of the Egyptian Empire. They had migrated there four hundred years earlier because of a drought. They had multiplied from a single family of around forty to somewhere in the vicinity of two million. Over time, they became slaves of the Egyptians.

The taskmasters became cruel and the Children of Israel cried out to the Lord of Abraham, Isaac, and Jacob. The Lord heard their plea and called Moses to the task of leading the multitude from Egypt to the Promised Land.

One thing stood in their way—Pharaoh. He stubbornly refused to let them leave. The Lord sent plagues to make him change his mind. Miraculous things were done—water into blood, frogs, gnats, flies, death to livestock, boils, hail, locust, darkness, and the death of the firstborn. Each time Pharaoh said, “No.”

I find it encouraging that these plagues didn’t affect the Children of Israel. God drew an invisible line. The plagues didn’t come into the land of Goshen. Those that put the blood of a lamb on the doorposts were spared the death of the firstborn. All these things proved that the Lord was powerful and merciful. He should be believed and honored.

At the time of the hail, giant hailstones flew from the heavens in a frightful storm, killing everything outdoors, including animals, people, and plants. The ice hurling from heaven must've been massive. Pharaoh begged Moses to ask God to stop the storm and Moses said, “After I leave the city, I will raise my hands and pray for it to stop.” (Exodus 9:33)

After I leave the city. Moses walked through pelting hail and didn’t get hit!

Pharaoh and Moses saw everything God did. They had the same information.

Moses chose to have faith.

God demonstrated His power, mercy, and grace to His people.

What does it take for you to move from doubt, that He might not have the supernatural power needed, to faith that He will get you through?

I love the Bible, the Word of God. Thousands of times, it shows me God is Who He says He is, and He will do what He says He will do. He is trustworthy. Trust Him. Give Him your problems. Give Him your loved ones. Have faith. Be confident like Moses and walk through the hailstorms of life, knowing that God is walking with you.