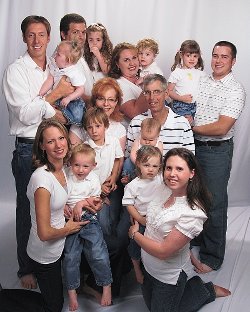 Is there a terrible season in your life? Have you struggled to find anything in which to be thankful?

My husband’s health had been going downhill for quite awhile. I told him for years that something was wrong but he ignored me. A typical response.

In 2003, David and I moved our newly married daughter to Florida and decided to make it a vacation and play at Disney. During that trip, I noticed the changes in David’s physical activities and abilities. I remember what I said. “David I think you have diabetes and you need to get it checked as soon as we get home.”

“I had it checked and I’m fine.” David said.

“That was a few years ago. Rechecking it will not hurt.”

I’m grateful for once, he decided to take my advice. The doctor said he came in just in time. We changed his diet and he got it under control. For awhile anyway. He never did like to follow rules.

In February 2008, his abdomen got so bloated he could only wear sweat pants and cram his swollen feet into slippers, to go to the doctor to find out what was wrong.

He called me from the hospital.

He had hemochromatosis, a blood disease where your body doesn’t know what to do with iron, from foods, and stuffs it into organs like the liver, kidneys, and others, even the brain. The answer is a diet change and bloodletting. Also, they tapped his belly to pull water out and got rewarded with 2 liters, that first time.

In April 2009, he was again in the hospital. He had been patched up numerous times in the last year. He refused to follow the doctor’s prescribed diet and regulations. I had to call the paramedics often for diabetic comas and he got Encephalopathy which made him act as if he had Alzheimer’s.

With my family gathered and his father on the phone, we made the extremely hard decision to let him pass on to eternity. He was forty-eight years old.

We were blessed with our seventh grandchild in 2007. Little did I know how soon we would have to give her back to the Lord. Eliana was born with an extremely rare metabolic disease. So rare, that medical books were written because of her life.

Throughout her first and second years, during hospital stays, Eliana’s giggle brought the nurses to peek in to see the sweet girl, whom hours earlier, had been writhing in pain. All of us were too well known at Children’s Hospital. Her little body crashed more times than I want to think about. Therefore, her eyes only detected shadows and she never walked. She could power her wheelchair by pushing the wheels mostly in circles as one side was a bit stronger than the other. In one long stint in the hospital, she forgot how to speak the few words she had learned.

In the fall of 2009, I got a call that she had been rushed to the hospital. I arrived there as they were trying to resuscitate her. Her dad hold her little foot as he begged God for her life. Her mother, strong but crumbling, stood there doing the same. God did our bidding and the blip on the monitor showed life!

God gave us another month with our precious baby girl. On November 7th, 2009, she went to glory.

I picture her running and picking red, pink, and purple flowers along the streets of gold.

On Thanksgiving that year, my son, and his wife with their remaining two boys, my daughter, and her husband with their two children, my parents, and myself, tried to do what we always did, and still do, go around the table and tell what we’re thankful for.

That’s a tremendously difficult question when you have buried two in one year.

The Bible says, Be thankful in all circumstances, for this is God’s will for you who belong to Christ Jesus. (1Thessalonians 5:18) Give thanks for everything to God the Father in the name of our Lord Jesus Christ. (Ephesians 5:20)

I sat there as gloom pushed down on us. “I am thankful that this terrible year is almost over.” I’m not sure who spoke it first or if we all breathed it out at the same time.

I was thankful then and now for how the Lord got us through that trial. Thankful that He never left us. Thankful that we got another month with Eliana. Her parents wisely got family portraits taken. I am so thankful for the precious boys who hardly remember their little sister and for the gift of another daughter and son.

I am grateful that because of Eliana, and the things the doctors learned during her short life, her sister, Isabel, also born with that dreadful disease, has a good life. Not without struggles and we know how tenuous life can be, but alive, and she recently celebrated her eleven birthday.

Life can be precarious. Be thankful you got up this morning. That the Lord has given you abundant blessings in His creation, family, friends, food, shelter, etc.

You may be struggling to find something to express your thankfulness. God’s love is the most important thing for which to give thanks. Jesus died for you so you could spend eternity with Him in heaven someday. Have you trusted Him as your Savior?

We should be thankful for salvation and a place in heaven. As the old hymn says, “Count your blessings, name them one by one.”