Eutvchus and the Window Perch by Robin Densmore Fuson 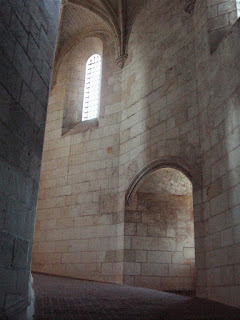 Eutychus and the Window Perch

The bustling town of Troas, a guest speaker, a tired young man, and gasses from oil lamps all collide to cause a freakish accident and death.

I love to write character sketches of people in the Bible, to bring them to life, so to speak. Don’t get me wrong, I know they were flesh and blood, but there always seems to be a bit of the story left out. I like to fill in that part. I use my imagination and flesh out the story, broaden it, and put in some weight.

So grab some popcorn and a sweet tea, snuggle up, and enjoy this trip to Troas in ancient Turkey.

Let’s pop in and see what all the commotion was about. Paul, the apostle and sought after speaker, missionary, and all-round good guy, had arrived in Troas.

Oh, the hubbub surrounding his visits—food preparations, lodging, and a place to meet, oh, my. All this would wear a body out.

Men searched homes and appraised the rooms for one large enough to hold the Christians in the town and surrounding area to listen to this mighty man of God. Women shopped for and prepared meals. Servants scurried around carrying food from the markets, shuffling dishes, gathering water, cleaning, sweeping, fluffing, washing the sheets and blankets, and trying to stay out of their master’s way.

The expected guests were late. They should have been here before now.

Finally, the day arrived. Paul, with Luke and possibly Titus, had traveled from Philippi across the Aegean Sea in a terrible storm. This delayed their arrival. The normal two-day trip took five. The weary men were greeted with smiles and over-exuberant outbursts of “How are you?” “Tell us of your travels.” “What can we do for you?” “Please, stay with us for as long as you can.” “Where are you off to after your time with us?”

Paul longed for a decent meal and a comfy bed to sleep, for about four days, but with only a week with the good folks in Troas, their schedules were booked. Meetings, preaching, teaching, and making a few tents, their time was filled.

Sunday morning dawned bright and people came to hear the Word of God preached. Who better than the Apostle Paul to lead the people in worship and teaching of the new doctrine for Christ’s followers?

The largest room had been emptied of everything unimportant. All the furniture had been carried down the steep two flights of stairs and the floors were swept and mopped. Mats were gathered for the older people to sit. Others would stand to crowd in as many followers as possible into the limited space.

Mother’s spiffed and shined their children for the event and reminded them repeatedly, “Stay out of the men’s way. Make no noise. Pay attention to the apostle. Remember, you may never get this chance again. Watch for something miraculous to happen.”

Dust danced in the sunlight cascading from the high recessed windows. The stillness was broken as feet hurried up the stairs. Children pushed past others to be the first ones in the third story room of one of the families of the church. Excitement vibrated the atmosphere of the congregation.

Paul followed an elder of the church up the stairs and into the crowded room. Paul must have felt the love from the people as he leaned against the wall facing the large assembly.

A hush ascended as they gave him their apt attention. For hours, Paul shared what the Lord had been teaching Him, how the Holy Spirit had ministered to him, Luke, and others. Paul made a point of giving them encouragement as well as instruction.

The day turned into evening. The people had a quick break and lit oil lamps that were brought in and placed in the best places to illuminate the room. Paul took a long drink of tepid water and again found his place. He preached on.

Babies and small children fell asleep in their mother and father’s arms. Other children curled into tight spaces between legs. One young lad, turning ten next month, had found his spot earlier in the day. A seat high up where he could see, in a window set in the wall, overlooking the city. The sill was wide enough for the gangling youth and fortunately, it came with a backrest. He thought himself lucky for the comfort and the view of the esteemed guest.

From his perch, young Eutychus listened, for he felt sure his dad would ask him questions of what Paul had said. A fly buzzed by his head and he swatted it away. He wiped the sweat from his brow. The heat of the day had made him sleepy but he fought it off and sat straighter. After the sun lowered into the west and the lamps were lit, he felt a few breezes from the open window. A relief to his young mind and body and he hoped the breeze would help keep him awake. He hid a yawn and peeked at his father to make sure it hadn’t been seen.

Paul kept talking, and his voice as well as the fumes from the lamps lulled the young man into a deep sleep. His relaxed body slipped off the windowsill, fell from the height, and crashed on the ground below.

Heads poked out of the opening. “Is that a body?”

His mother shoved through the people and asked, “Where is my boy?”

“I believe he fell out the window!” someone said.

People hurried out and down to the limp form. No breath. No heartbeat. Nothing.

His father held the boy’s hand and a tear slipped down into his beard.

Paul weaved through the crowd and lifted the body of the dead boy. He hugged him tight and looked up to his father, “Don’t worry! He is alive.”

Rejoicing could be heard for ten city blocks. Happy tears and laughter. “My son is alive! Praise be to God! Thank you, Paul.” Eutychus’ father clasped Paul’s shoulder.

“The Lord brought him back to life. Give Him all the credit. Let us go in and have communion. Break bread so this youngster can eat and celebrate the Lord’s resurrection.”

They all filed into the house and had communion together, then Paul preached on until daybreak, and departed.

The delighted parents took their children home and celebrated that Eutychus’ life had been given back to them.

I bet Eutychus stayed away from windows from then on.

In Acts 20:7-12 we find this amazing event. This young man was important enough to be named in the Bible. What do you think he learned from his experience? How great a man Paul was? Probably. But more important, how amazing God was and that God had His hand on this young man’s life. Did God still let this terrible accident happen? Yes.

Sometimes we need to go through extreme events in order for us to learn, prioritize, straighten out our lives, or increase our enthusiasm in the life God gave us.

I like to think about what I would have done as the one who died, or the parent of Eutychus, Paul, or one of the many friends in attendance. Do we take time to analyze our circumstances and see where we need to readjust and learn?