No by Robin Densmore Fuson 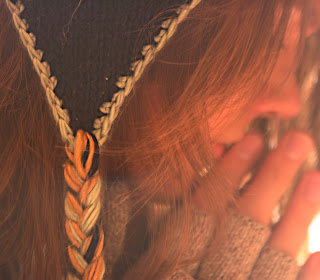 There are so many things we want—more money, a better job, kids on track, health, a relationship fixed, a loved one to get well, the list is endless.

All these sound like terrific requests to fix problems or make life ideal. Can these things, although fine in and of themselves, be the best for us?

Decades ago, I asked the Lord if I could do something. Three times I asked and three times, He said, “No.” I didn’t hear an audible voice but I knew in my being the answer was, no.

My problem was real. My request, simple. “Can I leave David?”

David and I were married very young—sixteen and seventeen. We had three amazing children. Those looking in thought we had it all together but they didn’t see the turmoil. David was stuck. Stuck in his emotional sixteen even though he was in his forties. He started drinking in his teens and put that as the priority over his relationship with the Lord and his family.

He became manipulative and abusive. Although through the years he wore the hat of an assistant pastor, missionary, and Bible teacher, alcohol still ruled as supreme.

The double life took its toll on my kids and me. I took it to the Lord. I prayed he would stop drinking and give himself fully to the Lord. For years and years, I prayed daily.

Three distinct times, while in my thirties and forties, I asked the Lord if I could take my children and myself out of the constant emotional and occasional physical abuse. The immediate answer? “No.”

Sometimes what we think is the best option for our lives may not be. For reasons, the Lord only knows, He wanted me to stay with David.

At the age of forty-eight, David died from alcoholism, a ruined liver, hemochromatosis, and cancer of the liver. God took him. I didn’t have to be the one to leave. I became a widow indeed, as the Bible states.

At that time, my children were grown and had families of their own. Through the years, we learned to trust the Lord. Our faith in the Lord grew because of our circumstances. Had I disobeyed and left, I may not have learned the lessons I needed to learn. We were all affected by those extremely difficult events. We decided to learn what God wanted for us instead of wallowing in our misery.

We see examples in scripture of people asking for God to do something—fix a problem or rescue. Sometimes He does. Sometimes He says wait. Sometimes, He says no. Job begged for a reason why he had to go through his agony. He wanted deliverance. God had him wait. Paul asked for his thorn in the flesh to be removed. God said, “No.”

What should we do when we don’t get the answer we think we need? We need to learn from the thing we are going through. Pray and study His Word. When trials come, I ask the Lord what I’m to learn from it. I put my trust in Him to do what is best for me. He promises that what He does is for our good and His glory. That doesn’t mean the trial leaves, the pain stops, or there is immediate healing. We just need to be thankful He is in control and He is Who He says He is and He does what He says He will do. He is sovereign over everything. He knows what is best. He knows the future.