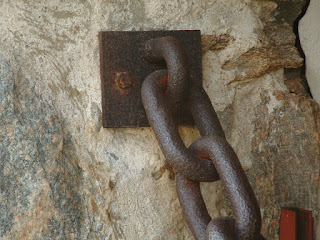 The house always seemed full of people. Servants scurried around to answer the door, wash feet, hang up cloaks, carry dishes to the guests, and refill goblets. Until the last candle got blown out, all hands need to be ready to fulfill everyone’s whim.

Ah, the life of a servant in the house of Mistress Mary. She and her son, Mark had many friends and she entertained them all. Well, at least the prayer warriors, the real pious zealots for Christ. You know, the one who had been crucified? Rhoda hadn’t been there but she heard the account. Thinking about Jesus’ excruciating death made her skin crawl and rolled her stomach.

Today, her mistress called all the servants in for instructions. Rhoda heard the buzz of speculative whispers as she joined the other servants.

“A special guest will visit later today. Everything must be in order before he arrives. He brings words of Truth. As a gift, I want you all to listen to his teaching. Therefore, you all need to get your work finished and all the food and preparation complete. A light supper will be served and then he will share his news with all of us. Your normal duties are expected. Bring out more washing bowls for the guests when they arrive. Oh, and towels.” She placed her hand on her chin. “Well, I leave you to remember everything. I’m off to the kitchen to give a word to the cooks.” She tilted her head and scanned out faces. “Haste, yet, propriety.” She smiled. “I’m so excited.” She turned to leave and stopped. “His name is Peter, one of Jesus’ disciples.” Her grin broadened and she swept out of the room.

Rhoda had heard of him. He indeed knew the one called Christ, one of his close friends. Maybe he will make sense of all she had heard regarding Jesus the Christ. Messiah had come, they say. She raised her eyebrow. Her heart longed for it to be true but why didn’t He conquer the Romans? Instead, everyone lived in fear of the brutes.

Hustle they did. Her first task required water pots. She, Deborah, and Eunice carried large earthenware to the well in the town square and returned five times. Many pots were needed by the household and for the guests.

Rhoda finished sweeping the house. She beat the dust out of dozens of cushions, handing each one to Deborah to place around the room for the guests to recline.

She only had time to grab a piece of flat bread on her way to her post at the gate. She didn’t mind this job. Rhoda loved the outdoors. A bench sat under a fig tree where she waited to hear guests arrive and listened to the rumblings of what went on inside the house.

For the last thirty minutes, Rhoda repeatedly opened the gate for many groups of people. A lull in the activity allowed her to sit in the shade.

A knock resounded and she hurried to open the gate. “Yes?” A man who appeared to be accustomed to manual labor smiled at her. “I’m Peter. Mary and Mark are expecting me.”

“Come in. I’ll show you to the wash area where you can freshen up from your travels.”

“Thank you. What is your name?”

“Rhoda.” She smiled back.

“How are you on this fine day?”

“Very well.” She dipped her head. He seemed nice. Most didn’t take the time to ask about her. Rhoda led him into the inner chamber. “Deborah, Peter has arrived.”

Rhoda started to return when she heard Peter say, “Thank you Rhoda.”

Unbelievable, he acted as if he didn’t know she was a common servant. She nodded and went out but his voice carried to her. “So you are Deborah, pleased to meet you.”

Rhoda wanted to linger but other guests should here soon. She kept an ear out for the conversation she left as she went to her post by the gate.

Others came until finally, Rhoda slipped into the back of the room to listen to Peter. She divided her attention to the gate and words from the special guest.

All he said made sense of everything she had heard. He told about Jesus’s life and His death and the reason He died.

How could He choose to die for her? Rhoda’s heart leaped to think God loved her enough to send His only son. Unbidden, a tear slid down her cheek.

Too soon, the meeting disbanded and she helped guests gather their stuff for departure. Peter sat with Mark as Rhoda escorted people to the gate, latching it after each departure. Back inside, her mistress announced, “Our guest will be staying a few days.” This guest, Rhoda wanted to stay as long as possible. She desired to learn more.

The next morning as they broke their fast, Peter spoke to the servants. Never before had a guest done such a thing. He answered their questions. She raised her voice. “If I may, why didn’t He come to conquer? You talk of Him being meek and kind. How can He be the Messiah?”

“Rhoda, you asked a very important question. He came to save us, not start a war. He didn’t come to overthrow the government but to save our souls from damnation and separation from Him for all eternity. Only a perfect, kind, just, God would worry about our eternity. Yes, our lives are difficult but He can get us through those trials if we walk with Him. Trusting Jesus as the Christ and the only payment for our sin, we come into harmony with God the Father. Do you want to make that decision?”

Rhoda nodded, dropped to her knees, and bowed her head. Her sweet whispered words floated to heaven. “Father thank you for sending the Messiah to die instead of conquer. Thank You for His death and for my pardon. I trust You with my whole being and want to live and if needed, die for You. Thank You Jesus for dying for my sin.”

A warm joyfulness flooded her soul. She looked up to see tears in the eyes of Mary her Mistress. Never had she seen such compassion and love flow out of those brown eyes.

Earlier, she had witnessed gentle words coming from her mistress. Her mistress had always been just and fair but she felt a change had occurred. Come to think about it, the whole house resounded with glad voices and praises came easily.

Throughout the day, they sat and learned from Peter but then, James got killed. News traveled fast like fire through the lowlands. Rhoda answered the knock at the gate of a follower, Nathaniel, who told the terrible news. James, the brother of John, was killed by the sword from a verdict sent down from King Herold.

Peter grabbed his cloak and went with Nathanial to comfort other households of believers.

Soon, another messenger arrived and declared another dreadful event. They arrested Peter. In the morning, Herod had scheduled his execution. Rhoda’s heart fell. Not Peter!

This time, she opened the gate to followers for a secret prayer meeting. Herod was out to kill all Christ-followers now called Christians. The Jewish leaders had called for the extermination of all who followed Christ as the Messiah. Herod did their bidding. Peter would be next.

The house filled to the max with people using hushed voices pleading for Peter’s life to the Father in Heaven. All night they prayed. Rhoda joined in but didn’t leave her post near the entrance. People came and went silently through the gate. Sleep would not be for anyone in the house. Peter’s life hung by a thread. Heaven heard the prayers of the people as they begged the Lord Jehovah to save their friend and teacher of Christ.

Light taps indicated another for Rhoda to let in.

Rhoda went. “Who is there?”

Peter? A chill ran down her spine. Peter? Glory to God. Overjoyed, Rhoda ran into the house. “Peter is outside the gate!”

A rap caused a hush to descend through the house. Finally, they all went to see if it was indeed Peter.

Rhoda unlatched the gate and Peter slipped inside. They all talked at once. Peter motioned for silence. He whispered, “Come inside and I will tell you how I came to be here.”

Rhoda sat close as they gathered around. Peter spoke in low tones. “They chained me between two guards and posted two guards at the door. The Lord knew my plight but trusting Him, I slept. I felt a thump on my side. A brightly adorned angel stood next to me. “Arise quickly.”

I stood and the chains fell off.

“Get your sandals fastened and put on your cloak. And follow me.”

I did as he bid and we went through the door and passed both guarded posts without incident. I thought I dreamed it as I followed him to the gate of the city and we easily went through. Right after, he disappeared. I stood there, rubbing my eyes. Surely all this had happened. God sent His angel to release me from prison and death. I came straight here to tell you and to urge you to tell the others but I must leave immediately.”

“We’ve been praying for your release. Praise Jehovah!”

Rhoda ran to the kitchen and packed a sheepskin bag full of provisions. She hurried back and thrust it into Peter’s hands. “The Lord be with you.”

“Thank you, Rhoda. Thank you all for your warm hospitality and your prayers. Remember me to the Lord as I do on your behalf.”

Rhoda walked him to the gate and he slipped out into the night.

The above is my imagination of the passage in Acts 12:13-15 although a fun story, we need to focus on lessons to be learned and truth. What can we learn from this obscure woman of the Bible?

God uses anyone for His work from a student to a CEO of a company.

A lowly servant, Rhoda who only had a cameo in a few verses, God named in the Bible. He could have inspired the writer of Acts to say, “Peter knocked at the gate and a servant answered.” A no named female ran in to tell them that Peter stood outside the gate. Instead, there is Rhoda. Not mentioned anywhere else in scripture but still important. The job, position, occupation, or calling the Lord has directed you to do is important because you are important to the Lord. You may be a speaker to thousands or a prayer warrior. You may be an evangelist or an encourager. You may wrestle with toddlers or homeschool. A janitor or pastor. Whatever the Lord has called you to do—do it with gusto.

The excitement of Peter outside the gate caused her to run straight back in to tell the others that God heard and answered their prayer. Do we believe God hears and answers our prayers? Even miraculous ones? He answers every, single, day, for all people, who pray. He brings about miracles even when we don’t ask. He answers yes, not yet, or no. There is always an answer. Trust Him. 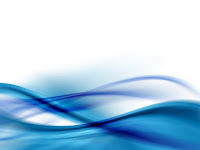