Aegeus and the Special Collar by Robin Densmore Fuson

Do you remember reading the story of Pegacorn and Black Cat? If not, click here. Our last story had Black Cat attacked by an eagle. This story is about Aegeus and his collar. It’s the collar Black Cat hangs on to when he is on Aegeus’ back as they fly through the air. 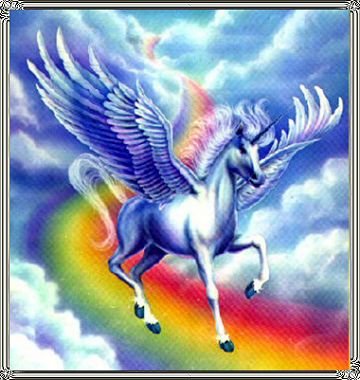 Aegeus wears his collar with pride.  He got his special collar years ago from a special person. At that time, Aegeus was young and living with his family. He has a younger brother and sister and a mother and father. Aegeus is special because he is the only pegacorn in his family. His family is all unicorns. He is the only one with wings. His wings were a shock to his family because a pegacorn is rare. He felt self-conscious with them until something happened to make him proud to have them.
His father, Cole, is a strong unicorn. He is horse and companion to a White Knight named Randall, whose name means "shield." Sir Randall was a knight in the Royal Guard for the kingdom of Falkner. Randall was a hero and champion. He won many battles and killed a dragon or two by that time. He got to this honor of knighthood because he was strong and brave, and also his unicorn was fearless and surefooted. They worked together as one.

Cole is proud of his son Aegeus because he is a pegacorn and rare. Cole spent many hours training Aegeus, but he could not train him in flight. There was no other pegacorn around to help him learn to fly with confidence and speed. Cole could only teach him the fine art of carrying a rider with dignity and grace. He taught him what a horse needs to do if ever he was in battle. Also, he taught him how to handle himself in the court of the kingdom.
One day, Cole road swiftly home to let his family know he would be gone for a while. A terrible thing had happened. The Princess Adela, pronounced Ah-DELL-Ah and meaning Noble, had been abducted or taken. She had been in the forest near the castle when a band of men rode in fast and captured her.

Cole said to Aegeus, “Son, I wish you were ready. We could use you on this rescue.”


Aegeus lowered his head, saddened that he was letting his father and the king down. He vowed to himself he would not stop until he was an accomplished flyer. He hated it that he was not ready to fly into action.


As soon as his father left, Aegeus flapped his wings as hard as he could and took off in the air. He worked on his turns, swooping, landing, and takeoffs. For three days he worked and only stopped to eat and sleep for a few hours. He was something to watch! His timing was getting perfect, and he looked smooth in flight.


When the band of bad men got to the cave, they let the princess rest and eat. The terrible man Kimball, pronounced KIM-Bull and meaning "war leader," said to Princess Adela, “Well my lady, you have a choice. Marry me, or I will unleash my dragon on you and your precious kingdom.”
Adela stiffened and said, “No! I will never marry you! Kill me if you must!”

“Not afraid? Maybe a little hunger will make you change your mind. Better yet, the feel of my dragon’s breath on your neck will have you begging for marriage,” sneered Kimball. Kimball only wanted to frighten her into compliance. She was no good to him dead.

Adela knew the only reason he wanted to marry her was to take over the kingdom. Her father knew this and had forbidden the marriage. Anyway, she had given her heart away to the young Prince of Newell long ago. With his image burned in her mind and heart, she knew could only marry her secret, yet true love. She knew he would come for her hand soon, as they were now old enough for marriage. Adela would never marry out of duty.
Meanwhile, Cole and the White Knight Randall, along with the Royal Guard, had tracked the band of men who had the princess. They had surrounded the camp and were waiting for the signal from Randall to attack. Randall was watching and waiting for the perfect time for the surprise attack. The timing seemed right, so the Royal Guard attacked from all sides. It was soon a terrible battle. The Royal Guard was not as large as the band of men. The Royal Guard was fighting out of duty to the king and love for their princess.

Adela, tied to a tree, helplessly watched it all unfold. She was watching the fierce fight close to her and didn’t notice Kimball escape to the back of the cave. There, he loosed his ferocious dragon.


The dragon came out and started grabbing men by his huge jaws and throwing them into the air. Some landed in trees, and some crumpled on the ground. Some he used like a bowling ball, knocking other warriors down. The dragon was hurting as many as he could and he didn’t care whose side they were on. It was so horrible, Adela could not watch.
All of a sudden there was a commotion. She opened her eyes to see Aegeus flying around the dragon distracting him. The dragon lunged at Aegeus but he pivoted out of the way and swooped at the dragon, landing a blow to its head. Randall and his men increased the fight. Aegeus swooped and soared here and there. The dragon could not get a hold of him. Aegeus kept the dragon busy as Randall, on Cole’s back, raced up and threw his javelin into the dragon’s chest, killing him. The dragon fell and landed on Kimball and five of his men. 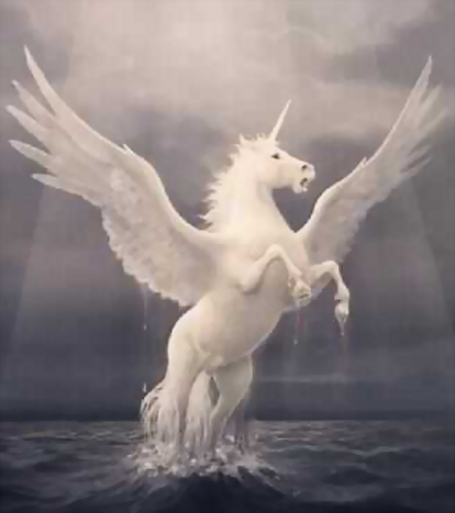 A great cheer rose up from Randall’s men. Randall jumped off Cole and raced to untie the princess Adela. Adela asked him, “Who is that wonderful pegacorn?”
Randall proudly said, “He is my unicorn Cole’s son, Aegeus.”

Aegeus landed beside his father. Cole turned and nuzzled him. “I am so proud of you, my flying son!”


A few days later, the king had a great ceremony where Princess Adela gave Aegeus his reward for saving her and the kingdom. Aegeus bowed to her as she placed a handsome collar over his head then buckled it into place. 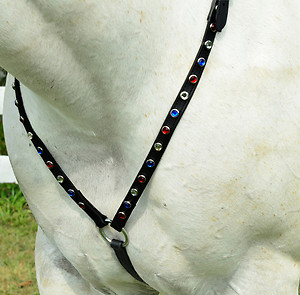 As he stood, the people cheered. With a mighty flap of his wings, he rose to fly above the crowd proudly displaying the special collar Princess Adela gave him. He has never to this day taken it off and never will.